This routine can also be performed via a video chat (like Zoom). The spectator opens a web page showing a virtual cube on their phone (or computer). They can mix the cube (with finger swipes or using the mouse) and you will clone their virtual cube using a real cube - blindfolded or above your head.

You will need to connect one bluetooth cube for this routine. From the list of routines select "WEB-cube cloning". You can select any of the screens as the onscreen display, and set "Wait after mixing" to 5-10 seconds. Start the routine on your phone. If you perform it over a video chat, I recommend using the Large Helpscreen and keeping your phone in sight (but out of the camera view).

select the routine
Show the spectator your cube (it can have any pattern, mixed or solved) and tell them that you will try to do some magic with the cube blindfolded... but first they need to do something for you.

Ask the spectator to open this URL in any browser (mobile or desktop): webcube.link 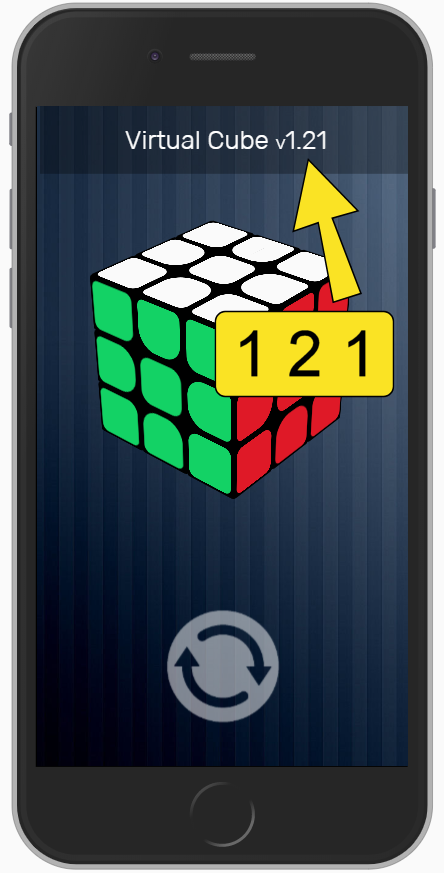 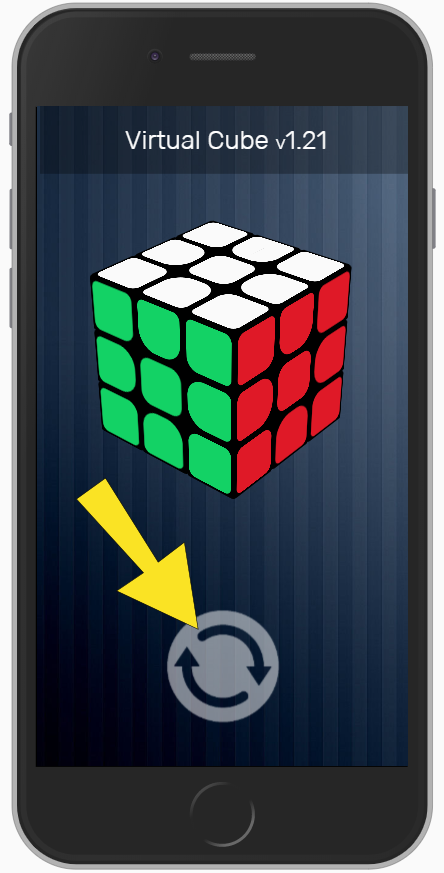 mixing the cube
They will see a virtual cube, with a version number on the top and a "flip" icon below the cube. First of all ask them which version they are using (you can say that the last time you checked it was v1.0.1, but maybe they have updated it since). Remember the version number, you will have to enter it in the CubeSmith app soon. Ask the spectator to try mixing the cube with finger swipes, and also flip the cube occasionally by tapping the flip icon. Now it's time for you to enter the 3 digit version number, which you can perform in 2 ways:

- if no other magician is performing the trick at the same time, the default version number will always be v1.21

- if other magicians are performing the trick at the same time, each of them will get a different version number

- if you make a mistake during entering the numbers, you can restart the routine (either by touching the screen for 2 seconds for the popup menu, or turning the same side of your cube 4 times back and forth quickly)


After you have successfully entered the version number, the app will ask you to mix your cube. You can do it while the spectator is also mixing the cube, and even after they stopped mixing. When you stop mixing, the timer will count down to zero. At that point the spectator should not mix the virtual cube anymore... ideally they should stop mixing before you do.

Now you have to follow the instructions (steps) to "solve" your cube to match the spectator's virtual cube (you can also blindfold yourself if you will). This goes the same way like every other solving routine normally does, so you can hold the cube in any orientation (before the U & R orientation moves), and if you make mistakes, you will be corrected.

virtual cube
When you are ready, the app will announce that the cloning was successfull. Then you can match your cube to the spectator's virtual cube, and they will be amazed that the cubes are identical. You will receive your password in email,
please check your inbox!
This email address is already registered

You will receive your new password in email,
please check your inbox!
Please try later

We accept registrations from the same IP address only once in 5 minutes. Please try again later!
Please try later

We accept registrations from the same IP address only once in 5 minutes. Please try again later!
Bad captcha

You have entered a bad captcha, the form has not been sent.
Invalid email address

There is no registered user
with the given email address.
Update successfull

Your personal settings have been updated.
Wrong email address

Wrong email format, please correct!
Did you forget something?